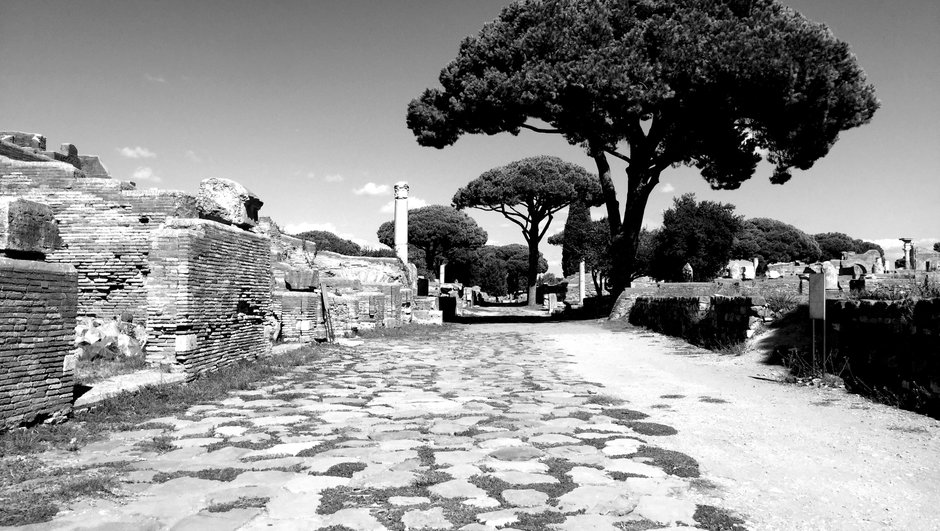 The Ostia Graduiertenkolleg is an initiave originating from the work of the Ostia Forum Project (OFP). It has a time frame from 1st of February 2020 until 28th of February 2023.

The aim of the Graduiertenkolleg is to explore the development of the forum and the civic centre of Ostia, Rome's ancient harbour city, from the foundation of the city until Late Antiquity.

The Graduiertenkolleg is based at the Winckelmann-Institute of the Humboldt University in Berlin and consists of six ph.d. candidates supervised by Prof. Dr. Axel Gering.

The Graduiertenkolleg thus comprise six different topics, which intersect questions and problems revolving around the centre of Ostia. This involves elaborate work on empirical material from the excavations conducted by OFP as well as material from excavations conducted in the 19th and first half of the 20th centuries, and in some instances from the 17th and 18th centuries. Furthermore, intensive archival studies will also play an important role.

During the three year period, the Graduiertenkolleg will convene several workshops, colloquia etc., which will be presented on this website. Furthermore, this website will also be updated with the newest results during the course and development of the different projects, thus bringing the status of each theme up to date as well as providing an overview of publications concerning the themes.

We have created a news section and sections, where it is possible to follow the progress of the six topics.

The opening of the Ostia Graduiertenkolleg, Wednesday February 26 2020

The Graduiertenkolleg was officially opened February 26 with a programme covering the entire day. The first part of the programme consisted of a round table discussion in the Obere Photothek in the library of the Winckelmann-Institute, where the six ph.d. students and Prof. Dr. Axel Gering got acquainted talking about their expectations to the projects and the organisation for the campaign in March, where the ph.d. students will be presented to their material and have the first possibility of working with it.

The round table discussion was followed by a tour through the library and an introduction to the library system.

After the library tour, the group went to a workshop, where Prof. Dr. Axel Gering presented the work conducted by OFP since 2010 in the centre of Ostia. After the presentation, a session followed, where the ph.d. students exchanged knowledge and data, which they had prepared beforehand.

At 18 o'clock, Prof. Dr. Axel Gering held a lecture, where he presented the newest results from OFP. 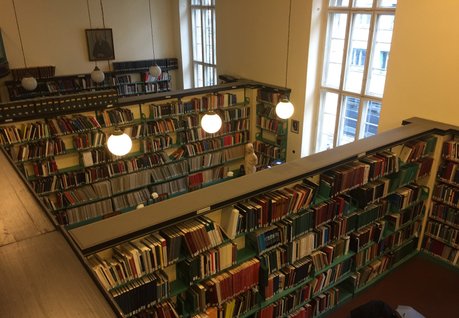 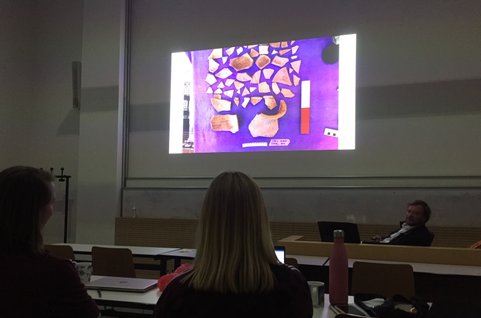